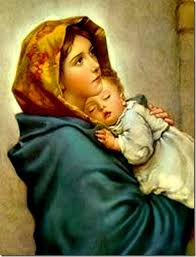 Alice Marie (Keohane) Matarazzo, age 79, formerly of Winthrop, MA, passed away peacefully in her sleep surrounded by family on Monday, January 10, 2022, at Brightview Senior Living in Wakefield, MA, after a long illness. She was born on August 22, 1942, in Chelsea, MA to the late John Joseph Keohane and late Camilla Cecile (Cronin) Keohane. She attended St. Rose High School in Chelsea, Class of 1960, followed by attending dental nursing school.

On September 3, 1966, she married the late James Michael “Jim” Matarazzo (1941-2018). After briefly living in Everett, Alice and Jim moved to Winthrop. At first a stay-at-home mom with two children, she later worked as a corporate librarian for Putnam Investments in Boston for over two decades starting in 1982.

She is survived by her son the Rev. James M. Matarazzo, Jr. and his husband Tom, of Shrewsbury, MA; her daughter Susan E. Abrego, and her husband Jose, and her beloved granddaughter Katherine, of Lynnfield, MA. She is also survived by her sister Eileen M. Regan of Hingham, MA; her sister-in-law Donna Keohane of Wakefield, MA; her sister-in-law Barbara Matarazzo; her brother-in law Ronald Matarazzo and his wife Mary Ann; and her sister-in-law Marie Matarazzo, all of Winthrop, MA; and by many nieces, nephews, and friends. She was preceded in death by Jim, her husband of 51 years, in April 2018; her brother John “Jackie” Keohane, Jr. (1951-1984); and her brother Kevin Keohane (1955-2013).

To send flowers to the family or plant a tree in memory of Alice M. (Keohane) Matarazzo, please visit our floral store.