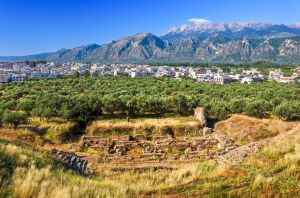 Christos Vakouros of Winthrop passed away at home on May 17, 2022. He was 93 years old. Born in Sparti, Greece he was the beloved son of the late Polytimi (Adristakou) and Paul Vakouros. A resident of Winthrop since 1967 he worked as a waiter for many years at Jimmy's Harborside prior to his retirement.

Family and friends are cordially invited to attend the visitation from the funeral home on Thursday, May 19, 2022 from 4:00 to 8:00 PM. The funeral will be conducted from the funeral home on Friday, May 20, 2022 at 9:30 AM followed by a funeral mass in the St. George Greek Orthodox Church 54 S. Common St., Lynn at 11:00 AM. Services will conclude with the interment in the Belle Isle section of Winthrop Cemetery.

To send flowers to the family or plant a tree in memory of Christos Vakouros, please visit our floral store.

A Memorial Tree was planted for Christos

We are deeply sorry for your loss - the staff at Ernest P. Caggiano & Son Funeral Home

Join in honoring their life - plant a memorial tree