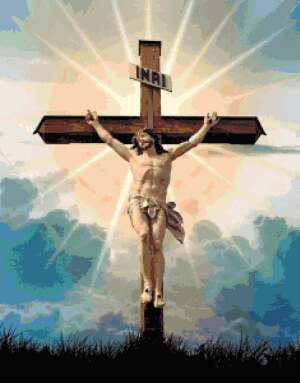 Dante William Crisafi of Revere, MA passed into the loving embrace of Jesus on Friday, June 4, 2021. God tells us that children are a blessing and a gift. Their spirits are filled with innocence joy and laughter. Jesus tells us to be like children and come to him full of faith and trust.

Born on December 6, 2001, Dante was the beloved son of Mary, cherished grandson of Jean and William Crisafi.  He is survived by many loving aunts and uncles, Ann Preston of Lynnfield, Barbara and Tom Burns of Winthrop, Stephen and Laurie Crisafi of NH, Liz and Steve Snook of Melrose, Alba Frasco of Wilmington, Norberto Perez of Boston and his very special Uncle Rob Preston and Kim of Revere. Cousins Ann Marie and Andy, Janice and Scott and Markie; Bianca, Anthony and Gillian; Jennifer, Big Chris, Alyssa, Dusty,  Jonathan, Kerin, and Emily; and his second cousins little Christopher, Baby Brady and soon to arrive Angela.

He was unique. He was loving. He was kind to children, the homeless, the vulnerable. He was charming. He was business savvy and one way or the other he got what he needed. He adored his grandmother Nanny.

When one says “I grew up in the church,” for Dante it was truth. Many nights Dante and his mom would enter Holy Rosary in Winthrop as it was left open for all to pray. It was there that Dante learned how to operate microphones and the sound system left for Sunday service. That was the beginning of his love of music and his moniker that he carried for life, “DJ Dante”.  He was an altar server at Holy Rosary.  When a parishioner lost his son to a heart attack, in an attempt to make the dad feel better, young Dante presented him with a little piece of paper that said, “I’m sorry about your son…I will be your son.”

Dante loved spending time with his dogs Dexter and Mr. Todo and his cat Lucia all  of whom he chose to join his family. He had a fondness for fast cars.

Dante was an alumni of the Early Education Center (EEC) in East Boston where he was known as the Mayor.  He was a student at the Manville School in Boston and continued his education at Seaport Academy in Chelsea.  He stood out at his  schools as kind and caring to other students and became the schools musical go to guy.

He was a fighter who battled many challenges; his biggest being most recently with the disease of addiction and, like so many before him, the disease won. While he was not here for long, for those of us who were blessed to have shared time with him, he captured our hearts for eternity.

Be with Jesus my kind hearted young man. You have lots of work ahead of you as you help Him help other young kids, as you return to pure love and your struggles are no more……

Family and friends are cordially invited to attend the visitation from the funeral home on Thursday, June 10, 2021 from 9:00 to 11:00 AM followed by a funeral mass in St. John the Evangelist Church 320 Winthrop St., Winthrop at 11:30 AM. Services will conclude with the interment in Winthrop Cemetery.

To send flowers to the family or plant a tree in memory of Dante W. Crisafi, please visit our floral store.