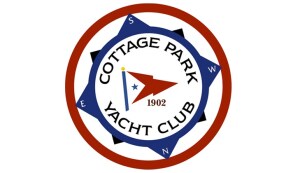 Frank was born in Boston in 1928 and was raised in East Boston, Medford and Somerville by his loving parents the late Elizabeth ‘Ma’ Valley (Darragh) and Louis ‘Pa’ Valley.

In the 1940’s, he chose Winthrop as his home, where as a child, he spent the summers with his family. He often spoke of the fond memories of those days and credited his parents for giving them that gift. He had a great appreciation for the town and its proximity to the sea, beach and, in his words, ‘the great city of Boston’.

Frank started working as a young child, taking any job he could, from unloading ships on the docks of Boston to fixing and assembling bikes, to setting pins in bowling alleys. In his younger days he spent his free time in city pool halls seeking out a match and enjoying the satisfaction of the competition. He had the inherent spark of a pool shark.

As a graduate of St Clements High School, in Somerville, MA, Frank started his professional career directly out of high school working as a technician at Harvard University on the one of the first computers, which is now on display at Harvard University and the Smithsonian National Museum of American History.  His only higher level education being a management certificate program from Northeastern University. Frank’s wit, intelligence, determination and drive brought him to places that most educations could not. He went on to hold several leadership roles at various manufacturing companies and would become a Vice President at Sippican Corp (now Lockheed Martin). And with his reputation and relationships, in 1974 Frank then acquired his company, GEL Systems which he ran for over 30 years with the support of his management team and staff, many of which were with him from the company’s inception to its dissolution. He thrived on the independence of running the company, persevered many difficult times and achieved great successes. Frank’s company would eventually have Language Laboratories equipment in 102 countries around the globe, supporting U.S. and Allied foreign militaries in language training. Frank retired in 2005 at the age of 77, where he and Ame shared their time between Winthrop and Merritt Island, FL for the next several years.

Life member of Cottage Park Yacht Club for over 67 years and commodore in 1978, Frank ‘Bud’ was a competitive PHRF sailor, captaining his boats Aquarius, Amalie, and Goose to many victories. He was instrumental in repairing the extensive damage to CPYC after the Blizzard of ‘78. After Bud gave up sailing, he enjoyed stopping in for a pool match.  While he didn’t frequent ‘the club’ in later years, CPYC meant a great deal to him, he had great times there over the decades where he made life long friends. He would tell sailing stories and loved the annual Commodore’s Ball and other parties where he’d dance much of the night.

He was affectionately called “Brother” by his late sisters Rita Bolton (Bob), Louise Sacco (Lou) and Clare Powers (Martin ‘Joe’). His fondness, appreciation and love of his sisters was unmatched and he spoke of them and missed them every day since each of their passings. And to his many nieces, nephews, grand nieces and grand nephews that he adored, he was lovingly known as “Uncle Brother”.

He leaves behind his brother Tom Valley and his wife Marie of Holden, ME of whom he had the utmost respect, pride and warmth. He was so proud of his brother and his accomplishments and his sister-in-law and their large extended family. And while in later years, despite the geography that separated them, he would speak of Tom affectionately, saying never in their lives had an unkind word been said between them as he’d reflect on the times they spent together.

And Frank’s wife of 47 years, Amelia (Ame), he credited with giving him a second chance at the happiest life. He cherished and loved her. He often said Amelia was a perfect complement to his imperfections and she gave him the greatest gifts of his life. Ame was there for him in his best times and most difficult times and he would speak her praises for supporting and understanding him. And even as aging took its course, he was comforted simply by her presence. After spending their honeymoon in Puerto Rico in 1974, they bought a vacation home where endless memories were made and where he was most relaxed. The family spent 15 years enjoying that treasure thanks to him.

But of all his achievements in life perhaps the greatest in his eyes were his daughters, Danielle Valley and Celeste Sax both of Winthrop, MA, with whom he had an indescribable connection. Frank made it so that they would want for nothing but learn the value of independence from hard work and managing money. Along with Ame, he was their biggest cheerleader, inspiring confidence and guiding them through navigating many of life’s challenges and victories. But most of all, whatever he did for or with them was out of the purest love and sincerest intent for their best interests. He was truly a devoted father. And in his final years Danielle tirelessly and happily returned that same devotion in giving the gift of fulfilling all of his wishes as his primary caregiver.

And lastly, Frank leaves Danielle’s partner Rob Ferland and Celeste’s husband Michael Sax with whom he was so happy to come into our lives. Frank would gush with love and pride over his grandsons, Chase Donovan and his namesake, Vail Francis. And, always a dog lover, he’d look forward to visits from his grand-dog’s Bitzy and Rummy.

He was intelligent, principled, proud, exceptionally wise, empathetic, a financial wizard, and he had a way with words that was oh so meaningful and eloquent. Frank was practical, conservative, yet progressive and a visionary. In every sense a ‘self-made man’, he was self taught in almost every aspect of his life, from business to sailing to pool playing to many of his endless trades. Frank was handy with almost everything and found much enjoyment on the results of a job well done and done himself. He was funny and loved music and he’d always be whistling a tune or singing a song. Forever a dancer, it was hard to get him off the dance floor or to get him to leave a party. He had a way of connecting with people in his professional and personal life and simply overall, he would go out for a quick errand and come back hours later after striking up conversations with friends and strangers alike along the way.

And even though we had him more than most, we’re not prepared for the void of his loss. He will live in our hearts and minds profoundly each and every day. Because without him we would not have been. We will forever be grateful and thankful for him.

Frank’s services are private. In lieu of this, for those that knew and loved him, please reflect, cherish and keep hold of a happy memory of him.

To send flowers to the family or plant a tree in memory of Francis J. Valley, please visit our floral store.

A Memorial Tree was planted for Francis

We are deeply sorry for your loss - the staff at Ernest P. Caggiano & Son Funeral Home

Join in honoring their life - plant a memorial tree

You can still show your support by sending flowers directly to the family, or by planting a memorial tree in the memory of Francis J. Valley
© 2022 Ernest P. Caggiano & Son Funeral Home. All Rights Reserved. Funeral Home website by CFS & TA | Terms of Use | Privacy Policy | Accessibility