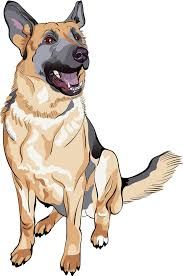 Jeanne Ellen Williams of Sewall Ave., Winthrop passed away peacefully at the Care Dimensions Hospice in Lincoln on January 14, 2020. She was 79 years old. She was a beloved wife, sister, sister-in-law, aunt, cousin and friend.

Jeanne is survived by her husband of fifty-five years, Michael Williams; sisters, Joan Smith and her husband Robert of Yarmouthport and Nancy Curry and her partner Owen Tabb of South Dennis; sisters-in-law, Karen Hanafin and her husband Jerry of Londonderry, NH,and Maria "Marie" O’Rourke and her husband Terry of Larkspur, CA; five nieces, Pamela, Stephanie, Kelley, Sarah, and Jessica, and honorary son, Moises Alicea. She is preceded in death by her parents, Alberta (Hartt) and Antonio Amerino, mother and father-in-law, Sarah (Cucinotta) and Michael Williams, brother-in-law, Dennis Curry and her nephew, Brian Hanafin.

Born in Boston on November 29, 1940, Jeanne grew up in Winthrop and graduated from Winthrop High School in 1958. She went on to Bridgewater State Teachers College and graduated with a teaching degree in 1962. Jean married her high school sweetheart, Michael Willaims, on August 9,1964, and they settled down in their hometown of Winthrop.  Jeanne taught for Harvard Public Schools before embarking on a long career with Delta Airlines, formerly Northeast Airlines. Jeanne celebrated her retirement surrounded by family and friends in 1995. After she retired, she enjoyed visiting some of her favorite places with her best friend and cousin, Patty Stathopoulos.

“Jeannie” was a beloved aunt who was there for every milestone. She will be remembered for her quick wit, her love of reading, and her love of dogs, especially German Shepherds.

Family and friends are cordially invited to attend the visitation from the funeral home on Friday, January 17, 2019 from 11:00 AM to 1:00 PM followed by a funeral service in the funeral home at 1:00 PM. Committal will be private.

Memorial donations in Jeanne’s name can be made to The German Shepherd Rescue of New England at GSRNE, Inc, P. O. Box 299, Wayland, MA 01778.