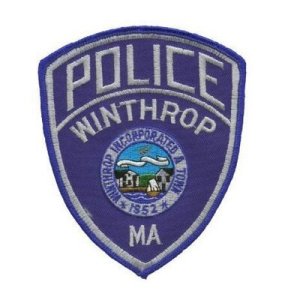 Detective McFarland also earned a reputation as a "worker" in the department, often working long hours to ensure he could provide a good life for his wife Janis, son Robert, Jr. and wife Laurie and his most precious assets his granddaughter's Kylie, Briella and Mia. He was also the dear brother of Judith Cassone and her late husband Joe and the late Patricia McFarland.

Family and friends are cordially invited to attend the visitation from the funeral home on Sunday, January 24, 2021 from 4:00 to 8:00 PM. The funeral will be conducted from the funeral home on Monday, January 25, 2021 at 9:00 AM followed by a funeral mass in St. John the Evangelist Church 320 Winthrop St., Winthrop at 10:00 AM. Services will conclude with military honors in the Belle Isle section of Winthrop Cemetery.

*Attendees must observe social distancing and wear masks in the funeral home, church and at the cemetery*

To send flowers to the family or plant a tree in memory of Robert V. McFarland, please visit our floral store.